The Von Braun (or UNN Von Braun) is a starship owned and operated by the TriOptimum Corporation, under the command of the CEO Anatoly Korenchkin. It is the first starship constructed by mankind capable of Faster-Than-Light travel. Due to government pressure, Von Braun was accompanied on its interstellar maiden voyage by the UNN Rickenbacker, a smaller military vessel. The designs were updated so that the Rickenbacker could "piggyback" on the Von Braun, connected through a system of umbilical support tethers and docking clamps, allowing it to join it in its Faster-Than-Light voyage. Their destination was the nearby star system Tau Ceti.

The starship was launched on 3rd February 2114 to begin its maiden voyage of exploration and scientific discovery. The ship is equipped with 1.8 billion flight, scientific, and security systems of which almost all were developed by TriOptimum.

Five months later, in July 2114, the Von Braun and the Rickenbacker arrived in the Tau Ceti system and received a distress signal from the fifth planet. A rescue team, led by Anatoly Korenchkin and the Rickenbacker's captain, William Diego, is sent to surface of Tau Ceti V where they discover strange eggs and an alien life form.

Notable crew on the Von Braun include:

Each deck has one Chemical Store Room, at least one Quantum Bio-Reconstruction Machine, as well as several Replicators, Security Control Stations, Upgrade Terminals, and Energy Recharging Stations. XERXES' Core is also seen on the first four Decks, typically in a larger lobby-like area.

The Engineering Deck contains the starship's nacelles, as well as the Engine core which allows the ship to travel at faster-than-light. There are also a series of Fluidics Tunnels (which are quite radioactive), Engineering Control, Shuttle Bay, as well four massive cargo bays on board.

The MedSci Deck contains many medical and science laboratories to aid in the mission of the Von Braun. This deck features cryogenics, the Medical Subsection, the Science sector, MedSci Crew Quarters, Biopsy, Intensive Care Unit, and Research and Development.

The Hydroponics Deck is divided into four subsectors A-D. This deck contains algae facilities to provide food and oxygen for the crew as well as biological and organic research. This deck features the Biological Survey, Coolant Tank Chambers, Cultivation Pool, as well as Cultivation Cells. Later, this deck is used for research by Korenchkin when he discovers the strange life forms from Tau Ceti V.

The Operations Deck contains many of the ship's computing and system devices that allow the starship to function with its day-to-day operations. This deck contains System Administration, Crew Quarters, Mess Hall, Fluid Ops, Power Ops, Barracks and shooting range, Brig, and a Command Center.

The Recreation Deck contains recreational and crew personnel facilities for the the main crew. This deck includes a Mall, Garden, Mess Hall, Theater and Casino, Athletics area which includes a gymnasium and pool, several crew quarters, and finally the Primary Elevator Shaft which leads to the Command Deck.

The Command Deck is divided into three sectors which is accessed by a shuttle tram. There are two more shuttle and cargo bays, shuttle command for both shuttle bays, the Officer and CEO quarters, the Bridge, Escape pods, and also the Grav Shafts that connect with the UNN Rickenbacker. 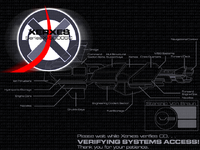 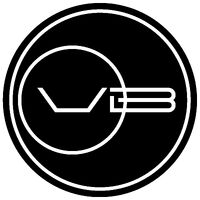 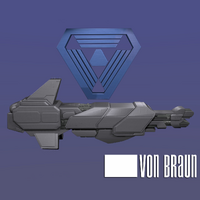 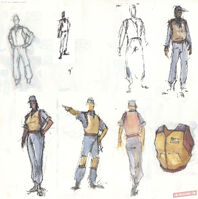 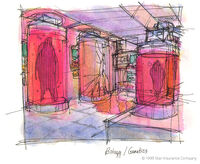