System Shock 3 is the upcoming third entry in the System Shock series, developed by OtherSide Entertainment. The game will be released on PC and other platforms.[1]

System Shock 3 was announced on 8th December of 2015 through a teaser site displaying a five day countdown.[2] Each day, new letters would appear to finally form the phrase "she's back" along with the number 3. Additionally, it was possible to find parts of SHODAN's message:

While Nightdive Studios still owns the rights to the System Shock franchise and are in the process of making a remake of the original System Shock, they licensed the rights to develop a sequel to OtherSide Entertainment, a studio formed of ex-Looking Glass' and Irrational Games' developers who worked on one or both games of the System Shock series. Among them are Looking Glass' founder and ex-creative director Paul Neurath, and ex-Irrational Games concept artists Robb Waters and Nate Wells. Terri Brosius, SHODAN's original voice actress would also return.[3][4]

The game was initially to be published by Starbreeze Studios who helped finance the project. They found themselves in dire straits and Otherside parted ways with them in February 2019, pledging to continue the development.[5]

Following the release of the game's pre-alpha footage in September 2019, rumors of Otherside's inside problems began emerging, mentioning the game being critically behind schedule and the team members being laid off.[6]
In February 2020 things took a turn for the worse when it was reported that System Shock 3's development team was no longer employed at Otherside.[7]

In May 2020 Otherside officially informed that conglomerate Tencent would be taking System Shock 3 onward.[8][9]

According to Otherside Entertainment's Warren Spector, the game will pick up where System Shock 2 left off, with SHODAN surviving by 'downloading' her consciousness into Rebecca Siddons.

A few survivors from the first two games will appear, particularly the protagonists: the Hacker and soldier G65434-2, along with Rebecca Lansing and other characters.

"In System Shock 3 I want to explore SHODAN's motivations. In the first two games her plan was to destroy humanity because, with the removal of her ethical constraints by the Hacker in the first game, she's going insane. But we never explained why she wants to destroy humanity. So we're going to be exploring the idea of a super intelligence and what would motivate a super intelligent AI."[10] 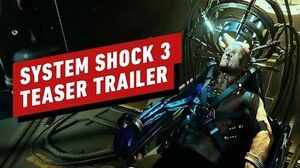 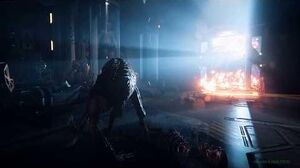 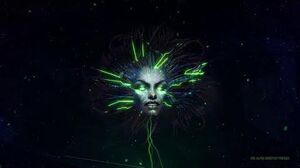