System Shock was the first game in the System Shock series, developed by LookingGlass Technologies (later to be called Looking Glass Studios), produced by Origin Systems and released in 1994. It was followed up in 1999 by System Shock 2.

System Shock was a critical success and considered far ahead of its time.
It was revolutionary, being one of the first first-person experiences ever to creating true 3D environments, allowing players to look up and down, jump, lean, crouch, etc. It was also praised for its incredible storytelling and atmosphere, both of which would be influential to many games later on, such as BioShock, Dead Space and Singularity. Today it is considered a cult classic, and many have gone as far as to call it a masterpiece. However, despite the praise, the game's sales were deemed underwhelming by the developers.

On April 7th, 2072, a Hacker broke into the network of the TriOptimum Corporation and tried to access their confidential files. TriOptimum security forces quickly tracked down and apprehend him. The Hacker was contacted by a TriOptimum Marketing VP, Edward Diego, who offered him a deal - he will help Diego reprogram SHODAN, the AI in control of TriOptimum's Citadel Station. In return, not only will his offense be forgotten, but he will also be fitted with a military-grade Neural Interface. The Hacker, not having much choice anyway, agreed. He was taken to the Citadel Station and made modifications to SHODAN's programming to remove her security subroutines. Satisfied, Diego had the neural interface installed into the Hacker's brain. On June 6th, the operation was successfully completed and the Hacker was put into a 6-month healing coma.

Meanwhile, TriOptimum sent a security operative, Bianca Schuler, to investigate Diego, whom the corporation suspects to be involved in illegal mutagen experiments. Schuler believed that the suspicions were true, but was unable to find any evidence, due to Diego now having control over SHODAN and therefore able to hide or erase all records of his activities.

On September 9th, SHODAN bypassed her ethical subroutines and started to take over the Station. At first, everything seemed like a few unrelated malfunctions - a security bot malfunctioned on the flight deck, access codes were randomly changed and displayed on computer screens throughout the Station, and bio-contamination leaks started appearing. At the same time, all environmental suits were moved to the storage level. Citadel's crew was unable to determine the cause of this, as all critical programs and computer nodes were made inaccessible by SHODAN.

On October 1st, SHODAN sealed off Beta Grove, one of the pods with a simulated natural environment attached to the Station's Executive Level, while the bio-contamination inside continued to get worse. Three days later, a group of TriOptimum executives residing on the Station tried to leave using one of the groves (which can be separated from the main body of the Station). After the pod was jettisoned, however, SHODAN disabled its life support systems and the executives all died within a few hours. Three days later, the grove jettisoning procedure was changed so that it became practically impossible for the Citadel's crew to jettison more groves, especially the Beta Grove where SHODAN was performing experiments.

On October 10th, a shuttle carrying TriOptimum security forces who had arrived to help with the situation tried to land in one of the flight bays, but were destroyed by the automated defense system. Two days later, it was discovered that an unidentified signal was sent to the defense cannons by SHODAN milliseconds before they fired. Don Travers, head of the flight deck maintenance, tried to disconnect the local CPU nodes, but was stopped by a seemingly malfunctioning maintenance droid.

On October 16th, the Mutagen Virus, which Diego and SHODAN had been working on, was released into the Beta Grove and its contamination rose rapidly. Diego then revealed to the Station's crew that he was actually working with SHODAN and escaped before they could respond. Shortly after, security bots massacred all crew members on the Station's Executive Level. On other levels, the crew tried to organize Resistance against SHODAN's bots, but were largely unsuccessful. They found that the healing suites aboard the Station were modified to turn dead crew members into cyborgs, but were prevented from accessing them and restoring their original functionality.

Bianca Schuler tried to reach the Bridge, carrying an isolinear chip created which would at least temporarily paralyze SHODAN. However, after several attempts, she was captured and brought to a containment cell on the bridge.

Meanwhile, Nathan D'Arcy, a researcher aboard the Station, found out that the Station's mining laser was being charged for reasons unknown. D'Arcy suspected an evil plan of SHODAN and came up with a counter-plan to destroy the laser - Activate the Station's radiation shields, override safety protocols, and fire the laser while the shields are up. However, the Resistance was unable to carry out this plan.

On November 6th, the Hacker wakes from his healing coma and finds the Station deserted, except for hostile mutants, cyborgs, and security robots. He is contacted by Rebecca Lansing, a TriOptimum security operative from Earth, who informs him of the situation. She tells him to find doctor D'Arcy and find out what he can about the laser. The Hacker finds D'Arcy's logs (the doctor died 2 weeks ago) and moves to execute his plan - he powers up the shields using the radioactive Isotope X-22 disables the override, and fires the laser. Just like doctor D'Arcy predicted, the laser is destroyed.

After destroying the laser, the Hacker makes his way to the Executive Level to jettison Beta Grove, where the mutagen virus is being cultivated. After getting an environmental suit from storage, he has to enable jettisoning in all Groves, due to the additional security added by SHODAN. He then jettisons the Beta Grove into space (which would eventually set up the events for the sequel years later).

However, as the grove flies off, the Hacker is contacted by Rebecca, who informs him that a surge has been detected in the data link between Citadel and Earth - SHODAN is downloading herself into Earth's computer network. In order to prevent this, the Hacker must obtain high-energy Plastique explosives and destroy four relay antennas on the Engineering Level of the Station. Upon their destruction, Rebecca tells the Hacker that she has finally convinced TriOptimum executives to destroy the entire Station in order to stop SHODAN. To do this, the Hacker must destroy all computer nodes in the first 6 levels of the Station (because SHODAN is using the CPU power to rapidly change the systems authorization code). After accomplishing this, the Hacker goes to the reactor core and sets it to overload. He then heads to the Flight Deck to board an escape pod and leave the Station before it blows. However, SHODAN prevents him from reaching the pod, and Rebecca suggests an alternative solution - Pass though the heavily guarded engineering and security levels up to the bridge, which can be separated from the Station in an emergency. The Hacker reaches the bridge moments before the Station is destroyed.

On the bridge, the Hacker finds the isolinear chip, which Bianca Schuler was planning to use against SHODAN. He also confronts and defeats Diego, who has become a cyborg himself. When the chip is installed, the Hacker uses his neural interface to enter Cyberspace and battle SHODAN. After a long and exhausting fight, the Hacker is victorious.

After returning to Earth, the Hacker is hailed as the hero of TriOptimum and is offered a job, but after sending a short farewell note to Rebecca Lansing, he disappears. Soon afterwards, the Hacker goes back to what he's best at — illegally accessing yet another corporation's network.

System Shock is a real-time action adventure video game that shares its gameplay pedigree with the earlier Ultima Underworld: The Stygian Abyss (which was also developed by Blue Sky Productions, later known as LookingGlass Technologies). Unlike other First-Person games at the time, System Shock featured actual 3D Environments, which let the player move about freely and fully without restriction. Like Ultima Underworld, System Shock features an emphasis on player choice and emergent game play, letting the player drive the gameplay, instead of the game designer.

The Game Over scene appears every time the Hacker dies without having cancelled the cyborg conversion process in the Restoration Bay. If this happens, a cutscene shows the Hacker's corpse being taken by a Cortex Reaver and fused into it, transforming him into a cyborg.

Upon starting a new game, the player is presented with the difficulty screen, displaying four sub-sections that represent a specific part of the gameplay. Each of these have four levels of difficulty, and are all are set to "2" by default. 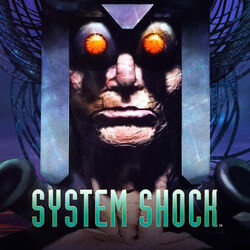 The tracks' names are from the bundled OST, with them being named after their respective level(s). However, in-game music is way more random, as it's generated in real time, depending on current area of the game, intensity of the action and many other factors.

System Shock - The original version. The floppy version does not contain voice acting, while the CD version does.

System Shock Portable - A fan-made port created to play System Shock without problems on modern (at that time) operation systems such as Windows XP. It introduced mouselook for the very first time and featured WASD control.

System Shock (Remake) - An upcoming HD remake of the original game (currently scheduled for release in 2020). 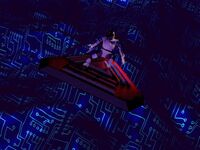 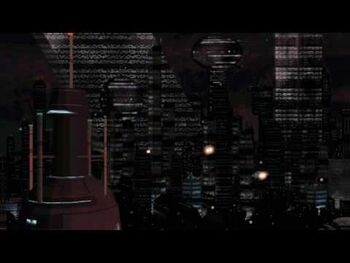 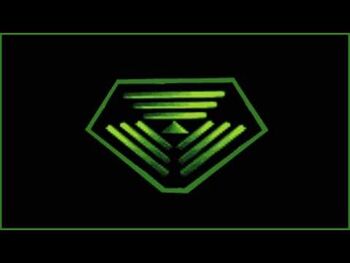 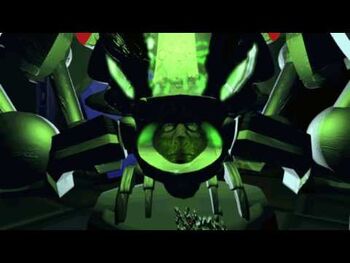 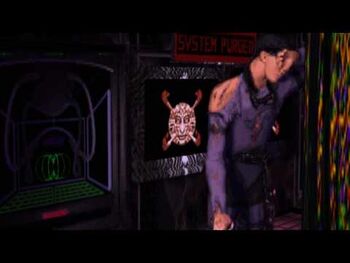 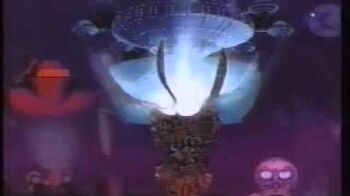