The UNN Ramsey Recruitment Center and Training Facility is one of the five principal recruitment installations on Earth. It serves three military branches: the Marines, the Navy, and the OSA. It is the most recently built facility and is said to feature holographic artificial personalities and cutting-edge training simulations.

Once you’ve gone inside, the training simulations are a must-visit experience: they're some of the highest-quality cyber-simulations available, including not only sight and sound, but tactile feedback as well. Rumor has it that a Protocol Droid is principally on duty to keep the local teenagers from using the Cyberlink Booths as free entertainment.

After your training runs in the simulators, you’ll be offered a choice of the three military branches. The Marines and Navy both have long and proud histories, dating back to the days of pre-corporate national militaries. The OSA is a newer branch, grounded in the newly established Psionic Disciplines, and already it’s acquired a rather dark reputation as a group of “spooks.”

Once you’ve made your choice, there’s no turning back — you’re about to be sent to space! Following a year-long preliminary training, a shuttle will drop you off at an Orbital Space Station for your first choice of mission postings. 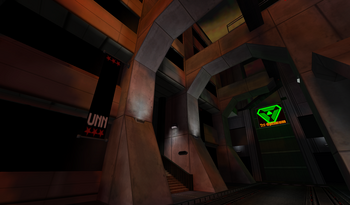 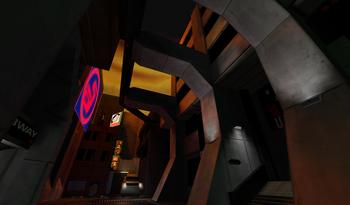