External Psionic Detonation is a Tier Five Psionic Discipline that drops a Psionic proximity mine.
They deal 30 points of damage (regardless of PSI level) to target (non-robotic) creatures, with the exception of pure Annelids that receive double that damage. 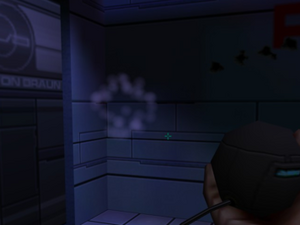 Retrieved from "https://shodan.fandom.com/wiki/External_Psionic_Detonation?oldid=29600"
Community content is available under CC-BY-SA unless otherwise noted.