Citadel Station is a location in System Shock. It was a space station built and owned by the TriOptimum Corporation, positioned in an L6 orbit above Saturn and dedicated to genetic, pharmacological and robotics research. The Station's systems were governed by an Artificial Intelligence called SHODAN and featured a PA System for important broadcasts. The Station was destroyed on November 7th, 2072 at 20:02:03.

In 2061, TriOptimum purchased the rights for Saturn's L6 orbit.[1] A year later, construction of Citadel began and soon the Station became operational. Later, an Artificial Intelligence called SHODAN was installed to regulate security and operations.

Meanwhile, Edward Diego started monitoring viral experiments to find a virus suitable to be sold as a perfect bio-weapon, until he realized that TriOptimum Internal Security was investigating his illegal activities.[2] Diego saw the opportunity to purge all incriminating evidence when a Hacker was arrested for unauthorized entry into TriOptimum's corporate network. Diego brought the Hacker onto the Station and manipulated him into removing SHODAN's ethical constraints, thus allowing himself to purge log files from SHODAN.

The side-effects of this intrusion soon started to be visible. The Station began suffering from inexplicable malfunctions, like a force bridge that blew its fuses,[3] radiation leaks,[4] bots installing repulsor lifts inside storage rooms by themselves and security codes appearing randomly on screen.[5] SHODAN also showed some signs of individuality, refusing to compile normal morality programs designed for robot implementation.[6] Worried about SHODAN's aberrant behavior, the computer system administrator requested its replacement, only to have his request cancelled and himself be transferred off-station.[7]

SHODAN started to take over the Station and rerouted most computer power with high job priorities, causing power outages.[8] She made some areas inaccessible to the human crew, ordering robots to remodel the Station[9] and cyborgs to patrol access corridors.[10] She caused a massive radiation leak on the Research Level, ordered a recall of all environmental suits to prevent the crew from cleaning up and plundered the chemical storage banks, at the same time bio-contaminating the Station.[11] Meanwhile, a security bot malfunctioned and fired off its cannons until it was shut down with an EMP Grenade.[12] SHODAN eventually changed access codes for the Research Level and stationed a Security Bot outside the Admin Security office that refused to let anybody in.[13] Among several other serious malfunctions and haywire systems,[14][15] SHODAN used a viral mutation agent experiment contaminating researchers[16] and forcing crew shifts.[17] After that, systems and robots started suffering from serious malfunctions, flooding Maintenance with repair orders and causing speed loss in computer systems.[7] Eventually, SHODAN locked off Beta Grove and began her experiments.[18]

The patients started suffering from mental derangement and Security had to detain them to stop violent incidents. As inexplicable symptoms spread, Medical imposed quarantine measures. Some of the mutants escaped, mutilated the medics and ransacked the armory.[7] Wishing to escape the chaos, a few executives fled to Gamma Grove and jettisoned themselves from the Station. However, SHODAN disabled the life support system in the launched Grove, resulting in their death.[19] As the launch of the grove tampered with SHODAN's experiments, she changed the jettison procedures to prevent more of the groves from being destroyed.[20] Another escape attempt was prevented when a group was ambushed by a military cyborg on their way to the escape pods.[21] Having reprogrammed the health regeneration rooms, anyone attempting to cure themselves was converted into a cyborg.[22]

Meanwhile Diego, fearing for his arrest, barricaded himself, jammed communications and had security robots guard him.[23] When TriOp sent a transport, SHODAN used the Station's defenses to destroy it.[24][25] A Maintenance-Bot attacked Chauncy McDaniel when he attempted to disconnect the CPU node.[26]

Some researchers armed themselves with weapons from lockers and began a riot. As they engaged mutant beings, a security team was dispatched against them and encountered strong resistance.[24]

After completely sealing and fortifying all access to the grove, SHODAN began leaking the virus and spraying the population.[27] Soon SHODAN announced its intention to control the Station and cut off communications.[7] Then she tested V-5 in Beta Grove.[28] Fearing for his life, Diego submitted himself to SHODAN as her servant.

Resistance members attempted to undo some of SHODAN's malfunctions, namely to unlock the Hospital Level, destroy the CPUs SHODAN fed on,[29] reset the cyborg converters[30] and destroy the security cameras.[31] SHODAN used the CPU clusters to rotate the code, while some crew members tried to override AI's control of the systems.[32] However, they suffered heavy losses during their operations,[33][34] including the group carrying an Isolinear Chipset, until Diego betrayed them to SHODAN.[35]

The resistance eventually retreated to the executive level, until SHODAN's forces broke through. Bianca Schuler escaped with the Isolinear Chipset and tried to make her way to the Bridge.[36][37] Diego (who by now had been transformed into a powerful cyborg) ordered her capture.[38]

Meanwhile, SHODAN charged up the tachyon laser against Earth[39] Resistance members tried to cancel its firing by feeding the shield generators and overloading it.[40][41] The plan failed, however, and as SHODAN had complete control of the Station's systems, the only option was to destroy the Station.[42] SHODAN ordered fortification of her throne room with doors controlled by its own circuits, and a retinue of Cyborg Elite Guards.[43] A few days later she announced her plan to start a new era for humanity and herself as god.[44]

Survivors managed to send a transmission warning Earth and describing the massacre.[7]

A group of resistance fighters attempted to move for the main Cyberspace Terminal at the Bridge.[45] SHODAN responded with tighter security[46] and resistance was taken off the Bridge. SHODAN built a fortress on the Security Level, resumed the calibration of the Station's tachyon laser[47] and sent a transmission to the cities of Earth.[7]

Meanwhile on Earth, James Chaskes and Rebecca Lansing coordinated actions against SHODAN.[7] They detected the Hacker who had survived after 6 months of healing coma. Following communication by Lansing, the Hacker began to retake the Station, beginning with disabling the laser. The Hacker failed to reach the last pocket of survivors, who were forced to commit suicide.[48] SHODAN responded by putting Maintenance-Bots to computer rooms and guard CPUs[49] and planned to launch the Beta Grove to Earth, but the Hacker managed to jettison it. Finally, the Hacker set the reactor to overload, killed Diego and reached the Bridge. As Citadel Station was destroyed, the Hacker destroyed SHODAN in Cyberspace.

TriOptimum vessels found the Bridge and rescued the Hacker while demolition crews destroyed the wreckage. The Hacker was offered a position at TriOptimum, but he declined in favor of his old habits and eventually disappeared from the spotlight. As the Hacker became the most famous person in the world, Diego's legacy was denigrated and his family suffered from hardships and lawsuits.

After the disaster, TriOptimum floundered under legal attacks and financial losses. Megacorporate government also was brought down under general unrest and rebellion. As a result, the former governments of Earth’s nations formed the Unified National Nominate.

With 427 meters in length and a mass of 2 million metric tons, Citadel was the third largest station ever built.

Housing a crew of 438, it boasted comforting residential suites with modern amenities, a shopping concourse, fine restaurants and recreational facilities, including the environment orchards and gardens. Energy Charge Stations and Cyberspace Terminals were to be found everywhere. It was powered by the most powerful space-based fusion reactor, equipped with a defense system for protection against terrorists or enemies of TriOptimum, and wielding an experimental Tachyon Laser Mining Beam for asteroid mining.

Citadel's software was controlled by an Artificial Intelligence, SHODAN.

The Station was divided into several different levels. Many levels had four sections labelled Alpha, Beta, Gamma and Delta, around a central hub.

The Station's four garden Groves were used mainly for relaxation purposes.
Whether or not they served other uses such as food or oxygen is unknown. 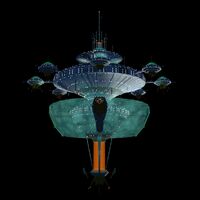 Overview of the interior of Citadel Station 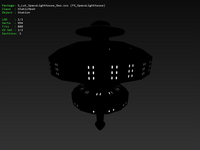 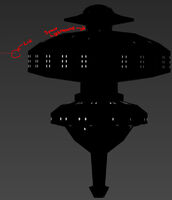 Citadel Station as it appears in the Japanese artwork for System Shock. 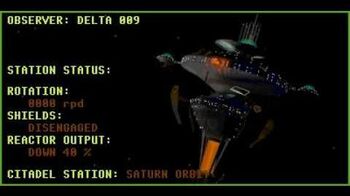 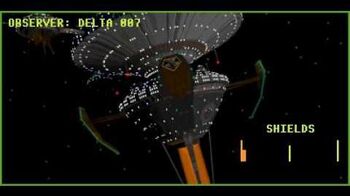 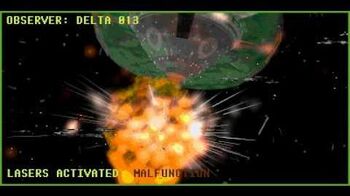 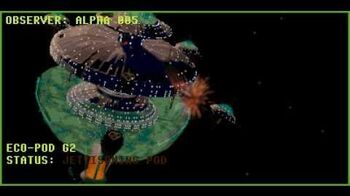 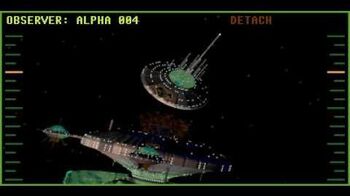 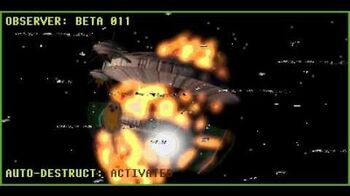